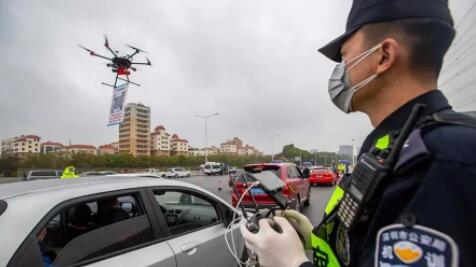 Unmanned aerial vehicles equipped with megaphones and hanging declaration QR codes have become effective assistants for frontline workers in epidemic prevention. The civilian police operate the drone to shuttle through the vehicle team, and remind the driver and passenger to scan the code through the megaphone to register, which reduces the contact of the personnel and improves the efficiency.

On highways in other regions, drones are also busy working: one is to transmit road information to the command center in real time, and the second is to use the drone’s shouting system to inform all drivers to scan codes in advance and fill in personal information . 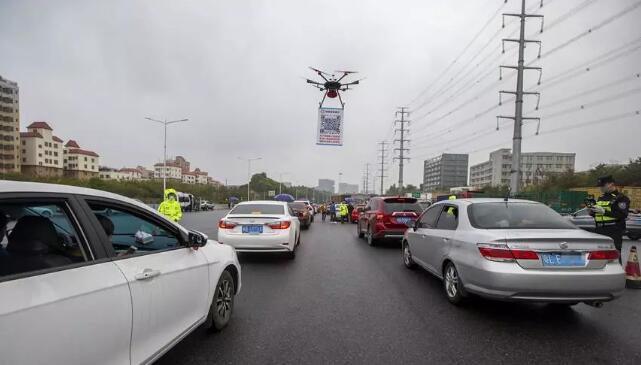 In case of road congestion, drones can also be used as a powerful aid. For example, if there are three or four kilometers of road congestion, when the ground personnel are insufficient, after joining the drone, you can help the police in the driveway, which is a very effective reminder for the driver.