The Rise of the Drone Industry
For years, the drone market was in a nascent phase and had yet to break into the mainstream. Then, in 2016, drone industry growth took flight when the Federal Aviation Administration (FAA) granted hundreds of new exemptions for companies to operate drones in the U.S. through FAA Part 107. 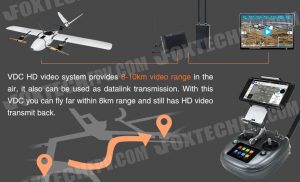 DJI drone
A DJI executive flies the DJI Inspire 1 drone at the company’s Shenzhen headquarters. Dickson Lee
These exemptions included several new use cases in multiple industries, such as insurance, construction, and agriculture — each of which demonstrates the broad range of commercial drone applications.

The FAA helped push drone market growth forward by formulating a regulatory framework with its consumer drone registry. Now, drone manufacturers and tech suppliers are doing all they can to capitalize on this and turn drones into a full-fledged industry.

Drone Market Trends and Forecasts
Drones for the enterprise hold the most potential in the broader drone market. Business Insider Intelligence defines enterprise drones as all unmanned aerial vehicles (UAVs) sold directly to a business for use in its operations.

Under that criterion, Business Insider Intelligence predicts total global shipments to reach 2.4 million in 2023 – increasing at a 66.8% compound annual growth rate (CAGR). Drone growth will occur across the four main segments of the enterprise industry: Agriculture, construction and mining, insurance, and media and telecommunications.

Drones in agriculture
A customized DJI Agras MG-1S drone sprays water over a rice field during a pilots training flight, as part of a test in using drone technology in the fight against malaria, near Zanzibar City, on the island of Zanzibar, Tanzania, October 31, 2019. REUTERS/Baz Ratner
A customized DJI Agras MG-1S drone sprays water over rice field during pilots training flight near Zanzibar City Reuters
The UN projects that the world’s population will reach a massive 9.7 billion by 2050, causing agricultural consumption to rise 69% between 2010 and 2050. And considering most of the farmers and agriculture companies using drones are big-ag-owned farms that manage thousands of acres of land, the potential for drone growth in agriculture is extensive.

Popular applications for drones in agriculture include crop and livestock monitoring, irrigation management, and fertilization – DroneFly estimates that drones can spray fertilizer 40 to 60 times faster than doing so by hand.

US laws require construction companies to survey their sites on a regular basis to ensure they’re safe for workers. This process can take from 10 hours to a few days – but with drone technology, inspections can be completed in a quick 15 minutes.

Drones in insurance
It’s estimated that the average global annual cost of insurance claims from natural disasters has increased eight-fold since 1970. Because of this, insurance firms will likely leverage drone technology to provide faster and more accurate property assessments.