Chat with us, powered by LiveChat
Home Industries Drones must be constantly connected to the internet to give Feds real-time location data

Drone enthusiasts are up in arms over rules proposed by the US Federal Aviation Administration (FAA) that would require their flying gizmos to provide real-time location data to the government via an internet connection.

The requirement, for drones weighing 0.55lb (0.25kg) or more, would ground an estimated 80 per cent of gadgets in the United States, and many would never be able to fly again because they couldn’t be retrofitted with the necessary equipment, say drone owners. Those that did buy new drones would need to buy a monthly data plan for their flying machines: something that would likely cost $35 or more a month, given extortionate US mobile rates. 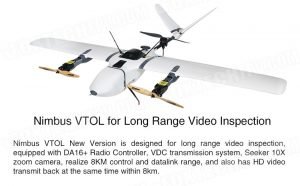 There are also additional costs of running what would need to be new location databases of drones, which the FAA expects will be run by private companies but doesn’t exist yet, which drones owners would have to pay for through subscriptions. The cost of all this is prohibitive, for little real benefit, they argue.

If a device loses internet connectivity while flying, and can’t send its real-time info, it must land. It may be possible to pair a drone control unit with, say, a smartphone or a gateway with fixed-lined internet connectivity, so that the drone can relay its data to the Feds via these nodes. However, that’s not much use if you’re out in the middle of nowhere, or if you wander into a wireless not-spot.

Nearly 35,000 public comments have been received by the FAA, with the comment period closing later today. The vast majority of the comments are critical and most make the same broad point: that the rules are too strict, too costly and are unnecessary.

The world’s largest drone maker, DJI, is among those fighting the rule change, unsurprisingly enough. The manufacturer argues that while it agrees that every drone should have its own unique ID, the FAA proposal is “complex, expensive and intrusive.”

It would also undermine the industry own remote ID solution that doesn’t require a real-time data connection but utilizes the same radio signals used to control drones to broadcast ID information. It also flags that the proposed solution has privacy implications: people would be able to track months of someone’s previous drone usage.

Car analogy
“Everyone understands why cars need license plates: drivers have to be accountable,” DJI argues. “But what if instead of just a license plate, your car was also legally required to be connected via the internet to a privately run car-tracking service that charged you an annual fee of about 20 per cent of your car’s value, and stored six months of your driving data for government scrutiny? Would you think the government had gone too far?”