Chat with us, powered by LiveChat
Home Industries Transport Logistics drone can operate across provinces

Logistics drone can operate across provinces 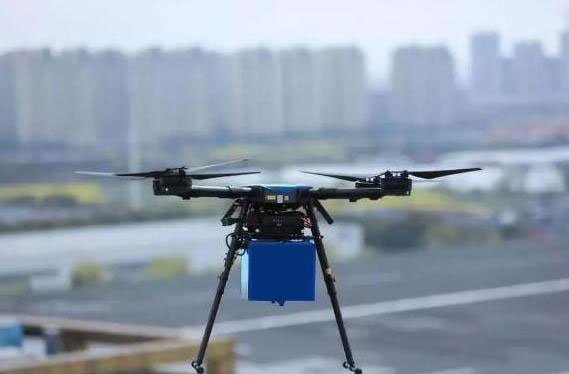 On April 3rd , Debon Express officially launched the drone trial operation a few days ago and successfully completed its first test flight. It is understood that the Debon Express UAV has a maximum load of 10 kg, can last for 20 minutes, and has a maximum flight speed of 20 m / s . At present, Debon Express has four routes in Jinshan District, Shanghai , which are delivering couriers at the end of the pilot.

The relevant person in charge of Debon Express said, ” Although the use of drones is still in the exploration stage, there are problems with cruising ability, load capacity, policy standards, traffic safety and other issues. However, the preliminary flight test of the UAV at the end of Debon Express has also achieved preliminary results. In the coming months, we will study the application of feeder large cargo drones in the field of logistics and express delivery. ”

Driven by many favorable factors, the competition in the field of drones has also become increasingly fierce. Takeaway platforms such as the rookie, the Tongda Department and even the hungry have opened the layout of drone distribution. However, although logistics drone technology has achieved good development in recent years, there are still many problems in itself that need to be resolved, and most drones are still in the testing stage.

In terms of the safety of the drone distribution that bears the brunt, its perfection still needs to be considered. After all, some ” black flying ” and injury incidents have occurred before . And once an accident occurs, it is not a small threat to the machine itself or to the cargo or the personal safety of the masses. At the same time, logistics drones are greatly affected by weather factors during distribution, and there are certain limitations in terms of operating distance and load.

In addition, due to multiple factors such as the healthy development and safety of the logistics drone industry, the country’s supervision of drones is still very strict. In the urban areas with the largest number of express delivery, the drones have not yet obtained permission to fly. The application scenarios of drones are greatly restricted. It is still difficult for enterprises to use them to achieve profitability, but the capital cost of the initial investment of drones is not low. At present, logistics drones are still a long way from large-scale commercial operations, and many enterprises still have to do a lot of homework in technology research and development and breakthroughs.