According to local media reports, India’s Tamil Nadu state is planning to deploy drones to monitor prisons throughout the state. 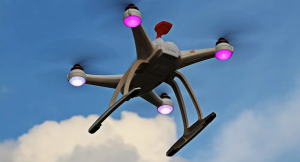 Drones will be used to check prisoners and guards, and drones will also be used to check for smuggling of drugs and weapons.
The state government has asked its police department to purchase nine drones during the first phase of the plan, with an estimated cost of more than $ 3,000 each. Zh

Tamil Nadu has 13 prisons, including four special women’s prisons and nine men’s central prisons. These prison complexes are large, ranging in size from 20 to 100 acres (about 8 to 40 hectares) and each prison can accommodate thousands of prisoners.

According to media reports, the use of drones for surveillance will help state authorities alleviate the impact of “manpower shortages.”

Commercial use of drones has multiplied in India, and the Federal Ministry of Civil Aviation has licensed drones and their owners. Zh

Between 2014 and 2015, drones were used to monitor forested areas. Some energy distribution companies in India are planning to use drones with high-definition cameras to improve grid efficiency.
To address the issue of illegal construction around popular tourist areas, the Kashmir government will also begin a 30-day aerial drone-based survey of the area.