Chat with us, powered by LiveChat
Home Regulations Not afraid of bombers: Swiss go-around logistics drone on January 27

Not afraid of bombers: Swiss go-around logistics drone on January 27

Since the two bombings in May and August 2019, Swiss Post and Swiss drone manufacturers are preparing to go around to deliver drone services. The incident is scheduled for January 27, 2020. 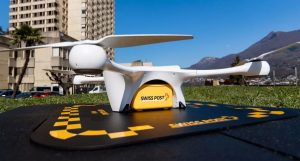 Since the bomber, U.S. drone maker Matternet and Swiss Post and Matternet have set up an “independent committee of experienced aviation experts” to review the company’s safety procedures and operations and make recommendations for improvement. Michel Guillaume, a member of the review board, said:

“Swiss Post and Matternet maintain high security standards and a high level of security awareness. The inspection process is high even before the accident, and there is no reason not to go back.”

As part of the review, the board recommended that Swiss Post and Matternet make four changes to their operations:

1. After a previous crash, Matternet should implement new safety recommendations developed by the Federal Office of Civil Aviation (FOCA) and the Swiss Transport Safety Investigation Board (STSB).

The two companies are already working to implement these recommendations:

Matternet has implemented security recommendations and hired a security leader, and the audit committee will continue to advise on the drone policies of both companies in the future. Since the May 2019 accident, the two companies have also spent some time conducting more than 2,000 test flights in Switzerland. They are using improved drones, which should be less prone to failure.

The Swiss drone delivery program has been testing since 2017, and the Swiss Post claims that the drone allows laboratory samples (such as blood tests) to be transported between hospital facilities and laboratories, 45 minutes faster than traditional shipping methods .