If you’re unfamiliar with drones (or even unfamiliar), reading all the words in the industry and expecting a full understanding of it can be daunting. That’s why we are here to help with the Drone Vocabulary Guide! The goal is to make sure you understand what you are reading, especially the specifications. If you see a word you do n’t understand and we have n’t covered it for you, feel free to leave a comment or send a message and we will help you! 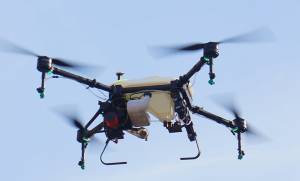 A device for sensing and measuring 3- dimensional acceleration, mainly used to help stabilize drones. Usually these are built into the flight computer.

No human intervention is required to complete the flight of the system.

The area that a drone can cover during flight. For many drones, this will change depending on the payload configuration.

Speed ​​of the drone during the flight cruise phase.

The ability to see, sense or detect air traffic or other hazards and take action to prevent collisions.

Drone flight time. This is usually the longest time when viewing drone specifications. When scheduling a task, this is the time required to complete the task.

Ground control station. GCS is usually the interface that operators use to control or issue commands to drones.

An accessory used with the payload option to stabilize cameras and sensors to retrieve better data or to direct the payload in different directions during operation.

Ground sampling distance. GSD is the distance between pixels in an image measured on the object under inspection (mostly the ground). For example, a 1 -inch GSD is equivalent to each pixel in a photo being 1 inch wide , or about a quarter the size. A better GSD usually results in more accurate and higher quality data during pre-processing and post-processing. GSD is a function of payload and height.

A device that assists a drone to maintain a reference direction during flight.

A method of flying a drone from the ground to the air.

Light detection and ranging. LiDAR payloads use light (usually by using a pulsed laser) to measure the distance to the earth. LiDAR payloads typically use very fast pulsed laser arrays to collect a large number of data points. These data points will be processed with the data collected for the location of the LiDAR system to build a 3D model.

The operator can see the drone without glasses and know any flight in its direction.

Lithium Ion Battery. A battery that typically provides higher efficiency than LiPo , but at the cost of less power available at a given time. These batteries are very useful at low power, and efficiency is paramount. These batteries are also more flammable than others, so it’s usually best to equip them with protection circuitry to protect them from dangerous situations.

The maximum weight at which a drone can safely take off and complete a mission.

The maximum wind speed that the drone should use. This may apply to gusts or persistent winds, which is usually specified by the manufacturer.

Where U.S. government restrictions do not allow any drones to fly.

All options to add to the drone to collect data in a specific way; for example, a camera can provide optical data and a thermal imager can provide thermal data.

The linear distance that a drone can fly during a mission.

Flight distance from drone to operator.

A method by which a drone can safely terminate a mission and return to the ground. Operator input may or may not be required.

During the flight, the operator must provide some input to complete the operation.

Rotary or linear actuator for precise angular or linear position control. Generally, servos are used in drones to adjust the control surface, or for pneumatic drones, the throttle position is used.

The amount of overlap the dataset has on each side of an adjacent flight line.

The range of wavelengths that the sensor can detect. Sensors with multiple spectral bands are particularly useful for determining plant health.

Telemetry equipment can monitor the status and health of the drone.

Resolution provided by a thermal sensor.

Used to transmit commands to the drone.

A measure of the best detail that the payload will show in the output data; the larger the number, the finer the detail.

Represents vertical takeoff and landing, which means that drones can take off from teams without the need for a launch system.

Program specific locations into GPS during flight planning to enable drones to track waypoints on their own, enabling autonomous flight.

The distance from the wing tip to wing tip when fully assembled and ready to fly.